Skip to content
“Bariatric Surgery is the Life Saving Surgery” 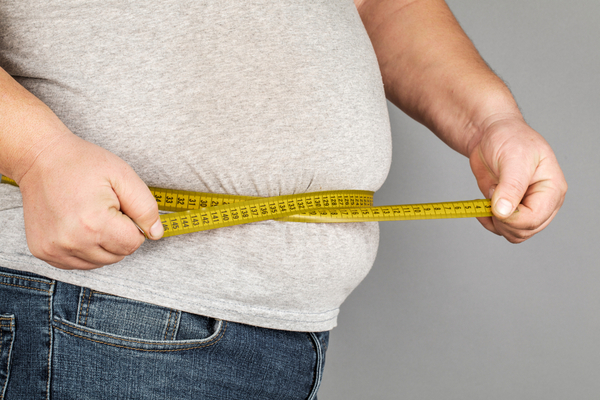 According to the World Health Organization (WHO), out of 1.4 billion overweight adults around the world, 200 million men and 300 million women are considered obese. Around 2.8 million adults die each year as a result of being overweight or obese, making both conditions the fifth leading cause of death worldwide. Obesity Can lead to various other health complications including cardiovascular disease, diabetes, musculoskeletal disorders, and certain types of cancer. People with a body mass index (BMI) higher or equal to 30 are considered obese.

If you have a BMI more than 32.5 along with serious obesity-related health issues like type 2 diabetes, heart ailments or sleep apnea teamed with an informed mindset that knows before hand about what all lifestyle changes need to be made post the surgery, you may become a candidate for this weight-loss surgery. While India is on the verge of becoming an obese nation, we need to create awareness about this life threatening disease and aim for a much healthier lifestyle.

Obesity is a condition in which a person has high fat deposition in the body with a BMI beyond 30, leading to other health hazards. Morbid obesity is a serious and life threatening condition and puts patients at greater risk of illnesses including diabetes, high blood pressure, sleep apnea, gastro esophageal reflux disease (GERD), gallstones, osteoarthritis, heart disease, and even cancer. A person is considered morbidly obese if his/her weight is 30 Kgs above the normal range for her age and height and a Body Mass Index of 32.5 or more. While less or no physical activity is the most common factor that causes obesity, in some cases, factors are either heredity or due to bad dietary habits. Obesity can be categorized as simple, secondary or drug-induced. It is one of the growing health problems in India that open doors to life-threatening diseases. An obese person becomes more prone to Type 2 diabetes, and if the patient is unable to control it, health issues like blindness, kidney failure, high blood pressure etc are the side effects that he/she has to deal with. While being overweight is directly connected to cardiovascular ailments; abdominal obesity or a potbelly could play a key role in causing serious heart ailments. Then, there is the risk of obstructive sleep apnea where in a person is unable to sleep properly and snores while remaining drowsy throughout the day. An obese person is more likely to be diagnosed with gout, in which due to an increase in uric acid levels a person suffers from extreme, inflammatory pain in the joints. An obese person would also have high cholesterol, triggering other health ailments. Recent research suggests that obesity increases acid reflux, which normally prevents stomach acid from flowing back. This could lead to heart burn, Obesity also increases the risk of cancer and thus the lifetime risk of cancers is more among morbidly obese individuals. Reports worldwide have suggested that an increase in body mass index increases failure of the heart and could also put constant stress on various joints of the body. The list is endless and quite depressing. But, where there is hope, there is life. And, with an informed mind, preventive measures and continuous health regimes one can definitely safeguard oneself from becoming obese and an obese person too can deal with obesity and still manage to be as fit as anybody else, if he/she follows what is required of them.

Why do people get obese ?

The food we eat everyday contribute to our health & energy which matters in both quality & quantity. High energy rich foods as we claim “junk foods” are the major source for disorderly intake of energy requirements.

Anybody eating during different times other than above cycles may attract morbid obesity. As the brain, converts the extra energy into fat for the purpose of storing in different places of body as per the gene orientation. The second cause of obesity is “bio sleep cycle” ranging from 10 pm-6am as serum cortisol goes down 4hrs from sunset. The people sleeping with variation of timings and those working during night may increase hormonal imbalance and thus may get morbid obesity.

Ghrelin hormone is the hunger hormone, which will be active during metabolic eating cycles. Changing patterns of food and sleep cycles may increase ghrelin hormone and the person may slip into variable eating habits accumulating lot of non-functional energy. The brain does not know what we eat but understands the nature of food, giving us packets of energy in the form of “ATP MOLECULES”.

Every 1 gm of Carbohydrates & Protein supplies 4k.cals of energy and thus 1 gm of fat provides 9k.cals of energy. One needs to be intelligent in choosing his food, otherwise may develop morbid obesity. Usually a white collared person requires 1200-1400k.cals/day and a blue collared person requires 2000-2500k.cals/day. Any amount of excess intake of energy may be stored by the brain in the form of fat in various organs causing metabolic insuficiency and various diseases.

Cultural habits play a major role in attaining morbid obesity for many people. People share emotions through their cultural eating habits. Some people’ eat food emotionally to get psychological relaxation & this way of distressing also leads to morbid obesity and ultimately may lead to loss of social image embracement. This kind of behavior, lands the person into depression and frustration with emotional imbalance, which is being the third cause of obesity.

All of us need to consume balanced energy food by doing physical activity, lesser the physical activity more the problem of obesity. Regular exercise must be the daily routine of a person to avoid obesity. Morbid obesity is what when the person has BMI 30 with co-morbidities. The following are common health problems which will hamper the quality of life and also quantity of life because of morbid obesity.

Co-Morbidities Associated with Obesity Obstructive Sleep Apnea
Obstructive sleep apnea, is a sleep disorder in which the person stops breathing for at least 10 seconds each hour during sleep. It is caused by relaxation of the throat muscles, as the soft tissue in the back of the throat collapses and closes, Resulting in blocked airways.

Hypercholesterolemia
It is the presence of high levels of cholesterol in the blood. It is not a disease but a metabolic derangement that can be secondary to many diseases and can contribute to many forms of disease, most notably cardiovascular disease. It is closely related to the terms “hyperlipidemia” (elevated levels of lipids) and “ hyperlipoproteinemia” (elevated levels of lipoproteins).

High Blood Pressure
“Blood pressure” is the force of blood pushing against the walls of the arteries as the heart pumps blood. If this pressure rises and stays high over time, it can damage the body in many ways. High blood pressure is a serious condition that can lead to coronary heart disease, heart failure, stroke, Kidney failure and other health problems.

Who Gets Type-2 Diabetes
Type 2 diabetes called non-insulin dependent diabetes is the most common form of diabetes, affecting 90 % to 95 % of the morbidly obese people. Anyone can get type 2 diabetes, But those at highest risk factors for the disease are- • Over 45 years • Have had gestational diabetes • Have pre-diabetes • Have low HDL cholesterol or high triglycerides • Obese or overweight • Have family history of type 2 diabetes • Irregular exercise • Have high blood pressure .

Non Alcoholic Fatty Liver Disease
Some fat in the liver is normal but if fat makes up more than 5%-10% of the weight of your liver, you may have nonalcoholic fatty liver disease which may lead to liver enlargement.

Urinary Stress Incontinence
This problem is high in women, urine is excreted without their knowledge when laughed or sneezed.

Osteo Arthritis
Weight gain also causes knee related osteo arthritis, Excess weight on the knee joint allows it to wear and tear, resulting in arthritis causing severe pain. Many opt for Knee joint replacement surgery but they will not get their weight reduced. If weight is reduced pain on the joints also subsides and may defer from joint replacement.
Depression
Obesity individuals with heavy weight may suffer with depression .Morbidly obese people may have social embracement and thus they live in seclusion causing depression.

Migraine
Migraine is caused when stress is increased due to imbalanced emotions and depression.

Bariatric Surgery
Bariatric surgery helps people suffering from morbid obesity; a serious health hazard that affects proper breathing and walking in a person. However, even 5-10% of initial weight loss has considerable benets on reducing cardiovascular risk. Weight loss after surgery is more likely to be maintained in the long term with lifestyle measures. Bariatric surgery alters the digestive process so as to achieve rapid weight loss. The operations can be divided into three types: restrictive, malabsorptive and combined restrictive/malabsorptive. Restrictive weight loss surgeries limit food intake by creating a narrow passage from the upper part of the Stomach into the larger lower part; malabsorptive weight loss surgeries do not limit food intake, but exclude most of the small intestine. It has been proved that “Lifespan” extends with bariatric surgery. Bariatric surgeries are performed by laparoscopic method. Abdomen need not completely be cut surgically, thus very minimal scar is achieved.

Laparoscopic Sleeve
Gastrectomy Sleeve gastrectomy is a surgical weight-loss procedure in which the stomach is reduced to about 25% of its original size, by surgical removal of a large portion of the stomach along the greater curvature. The result is a sleeve or tube like structure. The procedure permanently reduces the size of the stomach, the procedure is generally performed laproscopically and is irreversible.

Laproscopic Gastric Banding
The laparoscopic gastric banding articially reduces the capacity of the stomach and helps to decrease your appetite. The system’s silicone band is placed around the upper part of the stomach to create a small stomach pouch, which can hold only a small amount of food. The lower, larger part of the stomach is below the band. These two parts are connected by a small outlet created by the band. Food will pass through the outlet from the upper stomach pouch to the lower part more slowly, and you will feel full even by eating minimal food quantities.